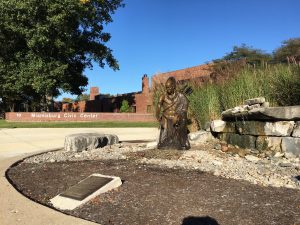 Under Miamisburg's Council/Manager form of government, the city manager is responsible for carrying out the policies established by City Council and overseeing the day-to-day operation of the local government operation.

Keith D. Johnson became the seventh person to serve as Miamisburg city manager on Aug. 18, 2009 when he was promoted from his position as the City's development director. During his time in that capacity, the City added approximately 3,000 jobs representing over $120 million in payroll. His department also obtained more than $5 million in grants for various transportation and economic development projects, and he managed the acquisition of over $3 million in property for a future riverfront park facility.